What could be better than sitting out on the lawn alongside Boston’s Charles River, listening to a great orchestra and chorus performing outstanding music? Why, being up there on stage yourself, says Robb Report Singapore’s New York correspondent, Michael Levin

Normally, to perform in front of an audience that size, in a venue that iconic requires a serious background as a trained musician. But for one night only, you can make your dream of singing for such a vast throng a reality with Boston’s One City Choir, which draws its members from each of Boston’s two dozen communities and often far beyond. The orchestra in question will be the Boston Landmarks Orchestra, so-called because it got its start playing at various Boston landmarks and because it also focuses on landmark moments in music history. The performance will take place at the historical Edward A. Hatch Memorial Shell, where Arthur Fiedler, John Williams and Keith Lockhart have conducted the famous 4th of July concerts along the Esplanade for decades

The last two years have featured productions from Beethoven’s 9th Symphony, the Ode to Joy and the Verdi Requiem, two staples of the choral repertoire.  This year, the One City Choir will be singing something different: an evening of music related to the African American experience.

“We’ll start with spirituals, which predate the Civil War,” says Christopher Wilkins, music director of Boston Landmarks Orchestra and the man with the baton on 31 July

“We will also be performing music from Show Boat, a historical musical dating from 1927 when its stars, including the great Paul Robeson, could sing on Broadway but could not be served in a restaurant in the same theatre district.”

Wilkins says that Show Boat is most likely the first American musical that included black and white singers performing in the same scene.  Wilkins also points out that the musical launched the careers of many of America’s top African American performers of the early 20th century, making the piece a natural for a performance as part of this program.

The final work on the program is Fred Onovwerosuoke’s America/We have to talk, which takes a look at modern race relations through the lens of the poetry of authors including Lorraine Hansberry.

“We think a discussion of race, especially as it relates to African American performers and composers in today’s world, could not be more timely,” Wilkins says.  “The evening will also feature conversations with African American leaders here in Boston, so that it’s not just music, it’s a chance for audience members to learn and grow.”

But back to you.  If the idea of performing in this concert sounds appealing to you, all you have to do is go to the One City Choir website and deal yourself in. There are no rehearsals, no try-outs, no cuts. Just attend the half dozen rehearsals prior to the concert, and you’ll be singing at Boston’s Hatch Shell on 31 July.

“We’re hoping to broaden the appeal of the One City Choir here in Boston, “ Wilkins says, “by focusing on the music and life experiences of African Americans.  But we are also delighted when we are joined by singers who come from outside the Boston area, and in the case of people who will be reading this piece, they may well be coming from all over the world.

“If they want to take the time to learn the music and attend the rehearsals, we will be thrilled to have them on stage as part of the choir.  This is truly an experience that you cannot get anywhere else.”

Your guide to Southeast Asia's hotel openings this year 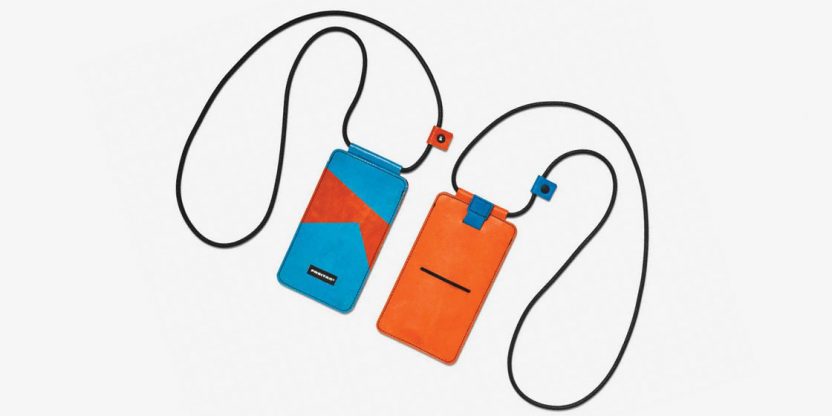 Freitag's updated phone sleeve comes with a cord of convenience.

The two exes reunite in the biggest moment of the Screen Actor Guild Awards.

The folks will be impressed.

The post Why you should capture unique Lunar New Year narratives through an iPhone lens appeared first on Esquire SG.

Our recommendations of what to do, where to go, and generally, how to catch a break this weekend.

The post What to do in Singapore this weekend: 24- 26 January appeared first on Esquire SG.

What to do in singapore this weekend: 24- 26 january

You need not offend to gain an upper hand.

The post How to steer a conversation to your favour and counter tactfully appeared first on Esquire SG.

How to steer a conversation to your favour and counter tactfully

Kobe bryant, killed in a helicopter crash at 41: sporting stars react to the legend's death a true icon

How to get rid of bloat and indigestion after a binge: remedies, pointers, and practical advice of note full circle

What is the circular fashion movement? can it solve the fashion industry’s massive sustainability problem? the circle of life