Gaurav Kripalani, festival director of Singapore International Festival of Arts (SIFA), reflects on his three-year tenure coming to an end, and what it means to be an artist 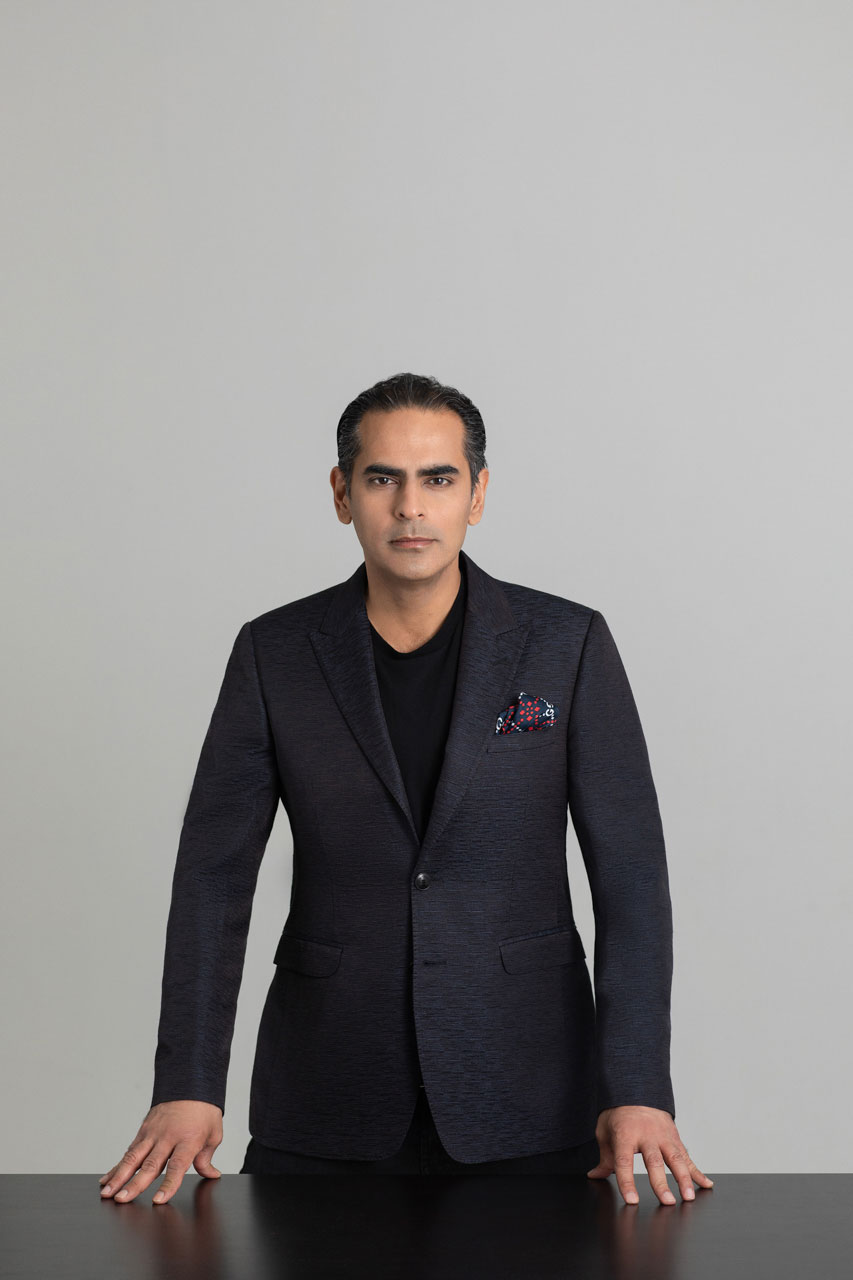 “Can you believe it, it’ll all be over in 65 days,” muses Gaurav Kripalani. It’s nearing the end of March, and we’re tucking into dim sum at Jiang Nan Chun as we speak. Kripalani swears by the restaurant, estimating he comes by at least once a month “as a treat”. The staff know him by name, remembering his favourites; there’s hardly a need for a menu. It’s this familiarity and comfort that Kripalani seeks and finds here, which is completely understandable, given the turbulence the arts industry faced last year. SIFA 2020, a staple in Singapore’s arts calendar since 1977, had to be put on hold.

The plan for last year was as such: To push the acts to this year. “That was the easiest part,” he laughs, “Making a phone call, or even 30, isn’t that big of a deal”. But there were bigger issues on hand. “How does one make art relevant in this context?”

The answer was, to look it in the face, and have open conversations about it – lows and breaking points included. While 2020’s physical show was cancelled, the team soldiered continued to bring arts to the masses with SIFA v2.020, a curation of virtual events, performances and workshops that took place from end May till December last year.

It wasn’t alone in its efforts. Pangdemonium’s Waiting for the Host was a hit, and so was Singapore Repertory Theatre’s (SRT) Tuesdays with Morrie – Kripalani wears the hat of artistic director in the latter – where tickets were snapped up within two days.

“It was the best response the industry one could receive in a time like this. People wanted it, and the results showed,” he says. Art is here to stay, and we need it more than ever.

What pushed you to rethink the dynamics of SIFA 2021?

A five-day business trip saw me being quarantined, first, for two weeks in London, then two weeks in Singapore when I came back. And, believe it or not, it was the first time in years where I was forced to be in a single place, all by myself, for an extended period of time.

That made me rethink the entire lineup, and I realised I needed to start from scratch. It’s not about postponing 2020’s shows till 2021. It’s about learning how we, as a collective, respond to such a pandemic. We need to talk about it, and we need to express it. There was a much larger story to be told.

That’s where the tagline, An Arts Festival Reimagined for the Future, came about.

Exactly. It’s relevant. 2020 has forced us to rethink performances and their mediums. This digital element will continue to be present in the arts scene in the next few years. It’s about embracing technology, and incorporating it into our work. One of the three threads in this year’s festival showcases art that was created as a response to the pandemic. Take for example The Year Of No Return, by The Necessary Stage, which talks about the complications in our response to climate change.

SIFA 2021 will be one of the largest arts events the world has seen since the pandemic. Everyone is looking at us to see how we’ll pull it off. We’ve 60 shows and 300 performances, with physical and digital components. It’s also the first time we’re doing Video on Demand; the festival ends on 30 May but the showcases will be aired online for a week from 7 to 13 June.

What can attendees expect?

They’re expected to participate and engage, wherever they are. They can’t just sit in armchairs and be a passive audience. This year’s festival will set the tone for the arts scene for the next few years.

Some will see you drawing on yourselves as you tune in (As Far As Isolation Goes by Tana El Khoury and Basel Zaraa); others, lying in soil as you listen to stories of those who perished in war-torn Syria (Gardens Speak by El Khoury).

There’ll also be neighbourhood walks performed by One Step At A Time Like This. The Melbournian group is coming to Singapore, and will do site visits before selecting a location. Attendees will follow along, listen to real-time audio via headphones, receive texts on their mobile phones, and who knows what’ll happen?

All of the three local commissions we had last year will also be featured this year. And here’s another silver lining: we’ve included seven more local commissions in the lineup, including a first-ever collaboration between Singapore Dance Theatre and Singapore Symphony Orchestra (The Rhythm of Us). American dancer Pam Tanowitz choreographed a portion of the performance for us too, which she did via Zoom.

How do u feel about the end of your three-year tenure as festival director at SIFA?

I’m happy. I really am. And it’s not being relieved that it’s over. I mean, everything has to come to an end. It has been a great experience, and adding on to that of a huge list of uncertainties nobody saw coming. It’s time to pass the baton. I’m sure the next festival director, Natalie Hennedige, artistic director of Cake Theatrical Productions, will do a fantastic job.

How does it feel, looking at others watch the performances you’ve put together and commissioned?

I was impressed with the performances I caught the first time and knew that I had to show it in Singapore. The second time I’m seeing the performance, I’m going ‘Hey, I made this happen’, others get to experience what I did. It’s a really different feeling altogether.

You’ll also be acting in The Commission, a sequel to The Pitch, which saw you, Ivan Heng, and Adrian Pang ‘fight it out’ in the online play last year. How do you juggle running a festival while being a part of it?

I don’t sleep. But it is the sort of adrenaline rush we artists love. I love acting, and I love that I get to do both at the same time. We’ve joked about calling it Commission Impossible, given how we’ve banded together to make things work. I’ve actually just received the script, and have a couple of weeks to memorise my lines. You know, 20 years ago, I could receive a script and memorise it in days. I’m not sure if it’s age, but it’s slightly tougher for me now.

What’s next for you?

I’ll hang up my SIFA hat, and continue my work at SRT. For this year’s Shakespeare in the Park, we’re looking at hosting it at a larger venue. We’ve scouted a couple of places, one of which is in a historical building, so that’s going to be fun.

Singapore International Arts Festival runs from 14 till 30 May.

This Week in Luxury: The latest from Givenchy, Cortina Watch and more